Obama administration censoring records more than ever before

Despite promising he’d preside over the most transparent administration in United States history, President Barack Obama’s White House is setting new records with regards to not releasing government documents.

Never mind Obama’s assurances on the campaign trail and the vow he made in 2009 about being “committed to creating an unprecedented level of openness in government.” Journalists at the Associated Press say that their research indicates that the US government has withheld more information from ever under the authority of Pres. Obama.

Journalists Jack Gillum and Ted Bridis have been investigating just how hard it is to successfully request documents from the White House through the US Freedom of Information Act, and in an articlepublished by the AP on Sunday they wrote that the current administration “more often than ever censored government files or outright denied access to them.”

“The administration cited more legal exceptions it said justified withholding materials and refused a record number of times to turn over files quickly that might be especially newsworthy,” they wrote. “Most agencies also took longer to answer records requests, the analysis found.”

According to the AP’s research, the Obama administration has exhibited anything but what the president promised with regards to maintaining an open and transparent White House.

Last year’s National Security Agency revelations without a doubt rekindled interest in the secrecy with which the US operate and has caused a number of calls for reform from the likes of the Executive, Legislative and Judicial branches. And even though Pres. Obama has advocated on his own part in the months since for some sort of reform to the way the NSA does business, the AP’s report suggests that the current administration is continuing to largely censor information sought by the public and the press.

In 2013, the AP acknowledged, the US government cited “national security” a record 8,496 times as a reason to withhold documents requested through FOIA filings. Relying on that excuse in 2013 to avoid handing over documents demonstrated a 57 percent increase when compared to statistics from a year earlier, the AP found, suggesting that the NSA revelations have indeed caused Americans to be more interested in ever in the way their government operates.

The NSA alone, the AP reported, saw a surge in requests of roughly 138 percent last year, largely from Americans who wanted to know if their telephony metadata and other information was among the intelligence routinely collected by the surveillance programs exposed by former contractor Edward Snowden last year.

In all, the AP said, citizens, journalists, businesses and others made a record 704,394 requests for information last year — or 8 percent more than what occurred in the previous year.

Despite this, though, the government responded to only 678,391 of those requests last year — an increase of 2 percent from the previous year — completely ignoring tens-of-thousands of requests.

Even when the government did respond, paperwork was largely edited to keep certain information under wraps.“

The AP analysis showed that the government more than ever censored materials it turned over or fully denied access to them, in 244,675 cases or 36 percent of all requests. On 196,034 other occasions, the government said it couldn't find records, a person refused to pay for copies or the government determined the request to be unreasonable or improper,” the journalists wrote.

“The AP counted more than 700,000 FOIA requests in 2013. Of those requests, 36 percent were denied or the documents provided were censored,” they added.

At least two elected officials — US Sen. Patrick Leahy (D-Vermont) and Sen. Richard Blumenthal (D-Connecticut) — were willing to go on the record for the AP’s report and rally against the eroding ability to access government documents."

I'm concerned the growing trend toward relying upon FOIA exemptions to withhold large swaths of government information is hindering the public's right to know," Leahy told the AP. "It becomes too much of a temptation. If you screw up in government, just mark it top secret."

"The public is frustrated and unhappy with the pace of responses and the amount of information provided," added Blumenthal. "There's a common reaction for anybody who has any experience with it that it doesn't function well.

"Others, however, say the government’s response is better than ever. According to the AP, the White House said that the government has answered FOIA requests faster than ever before, but Gillum and Bridis acknowledged that the administration “did not immediately explain how it determined that.” 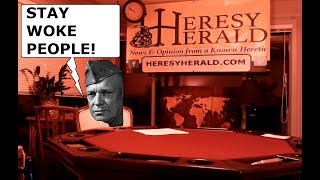 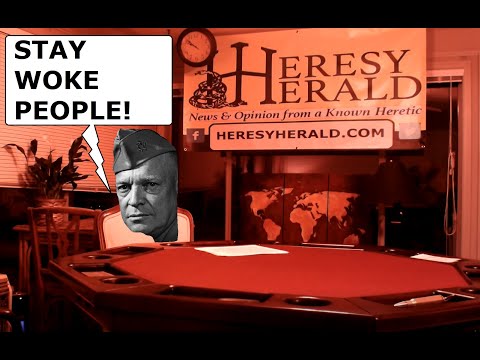